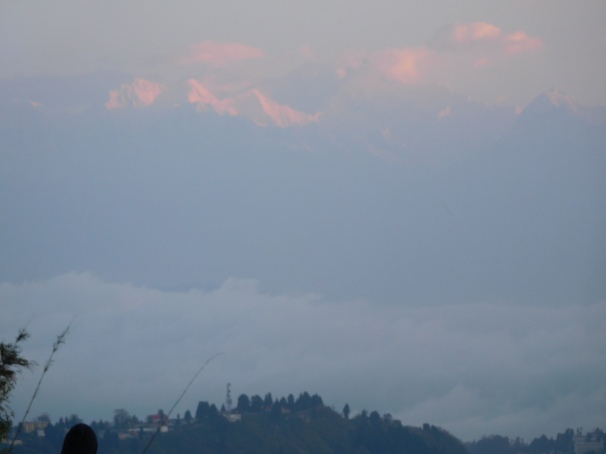 The clouds, they floated up

They wrapped the pine trees

or was it the orange glow

as I leisurely strolled:

white in the sunlight shone;

And though I felt the chill

for long in my bones –

it was at a glimpse of her face

Squatting on the pavement

an iron brazier she fanned –

over which several cobs of corn baked;

Her fair face now a beet-red

glistened in its warm haze –

or was it the glaze of self-assuredness

It was as if a halo over her she wore –

in acceptance of her fight, of optimism.

As I walked towards her

drawn by her pretty warm smile –

I noticed over the wine-red lips

Then I viewed the thick red vermillion

on the parting of her head:

as in his school-uniform her little boy

at me playfully grimaced.

Even as I waited

for my ear of corn to roast

rising over the hill came along:

She smiled at the squatting corn-woman –

both their eyes crinkling ravine deep;

brighter than the mountain peaks.

was bent low to retain her balance

as strapped from her head

behind her, a band of coir rope tarried:

And behind her mountainous bulk

strode to a hill-hotel a young frisky couple.

In awed compassion I then rambled along

When through thick fog what do I see –

With jute basket’s hung behind them on coir ropes

two women clambering up towards me:

about their tough day’s work,

of abusive, rigid supervisors they reckoned.

A third grill-canopied hangout I came atop

after crossing two similar ones

on the L-shaped Kanchenjunga-view walk:

The youth here on their dates congregate

over tea, coffee, corn, peanuts, not much else –

But dressed as if on the ramp at a fashion show –

with a fashion-sense par excellence.

As I walk on crunching roasted peanuts now –

the fog shrouds me, or is it clouds?

Shivering in the chill I dash for shelter

under the tin stall of  a woollen garments seller:

She smiles, bids me to sit, her face is so bright –

not only from makeup, it’s amber of her warm heart.

I’m sheathed in awe – of poise, resilience of hill people.

(PS: The pictures here, are merely illustrative, though I’ve clicked them myself.) 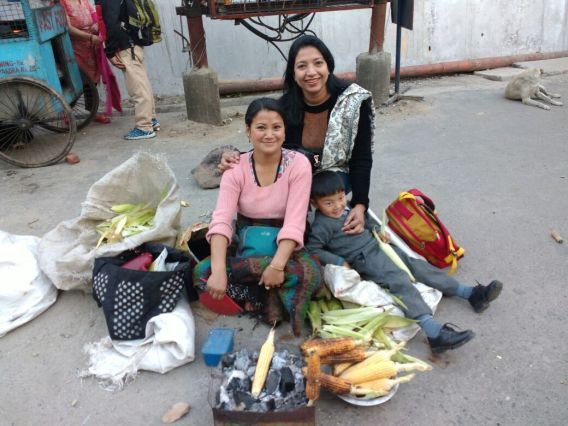 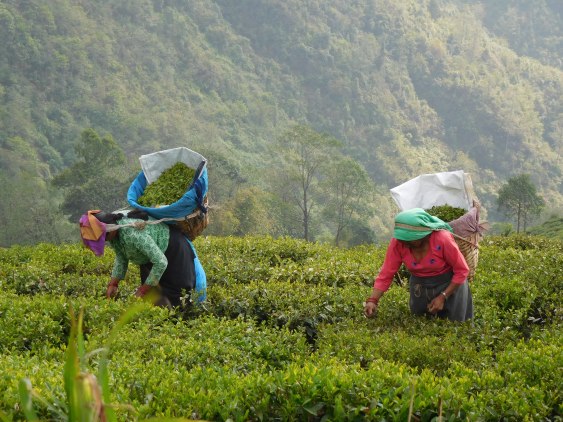 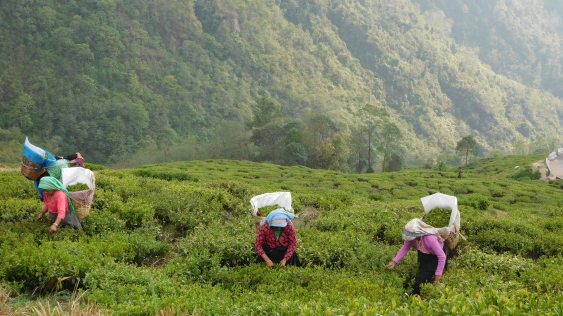 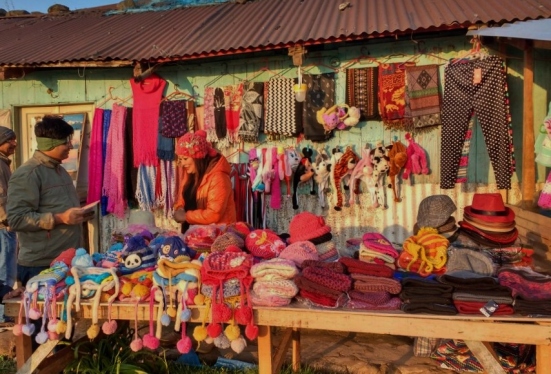 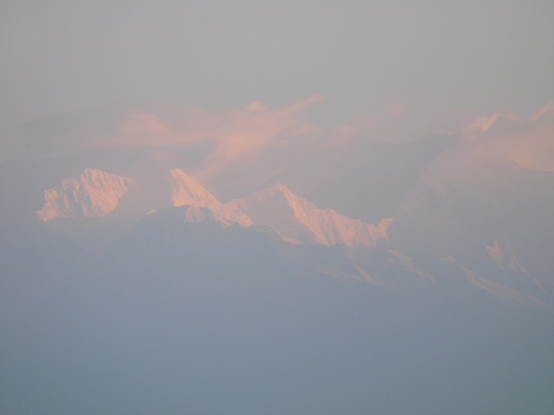 One thought on “Kanchenjunga Walk”